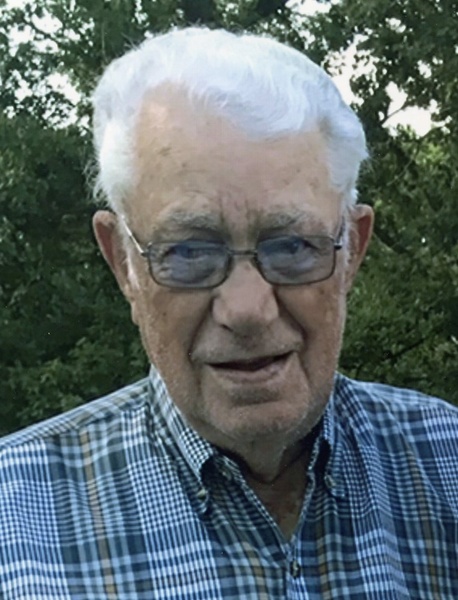 Seagrove - Bernie Everette Davis, age 95, passed away Friday, March 12, 2021, at his home. Bernie was born in Moore County on February 16, 1926 to Carlie Lee Davis and Hannah Dunn Davis. In addition to his parents, he was preceded in death by his sister, Lillian Davis, and brothers, Thomas, Jonah, Webster, David, Louis, Richard, Leonard, Jessie, and Jimmy Davis. Along with being a long-time farmer, Bernie retired from Union Carbide after 30 years. After retirement, he kept busy doing carpentry work along with helping people in the neighborhood with various things. There wasn't much that he couldn't do, and he became a go to person for some people in the neighborhood anytime they needed help with something. He loved spending time outdoors and working with his hands building numerous bird houses and bird feeders over the years. He is survived by his wife of 74 years, Beatrice Lorraine Turner Davis, of the home; daughters, Joyce Davis Rich and husband, Henry, of Seagrove and Brenda Davis of Norman; grandchildren, Darrell Brewer, Kevin Brewer, Randall Beane, Tammy Beane, and Ricky Beane; great-grandchild, Cody Brewer; and great-great-grandchild, Karly Brewer. Bernie's body will lie in repose from 1:00 – 5:00 p.m., Tuesday, March 16, at Phillips Funeral Home. Graveside services will be held at 2:00 p.m., Wednesday, March 17, at Dover Baptist Church Cemetery with the Rev. Chris Bouldin officiating. Online condolences may be left at www.phillipsfh.com. The Davis family is being served by Phillips Funeral Home in Star.
To order memorial trees or send flowers to the family in memory of Bernie Everette Davis, please visit our flower store.