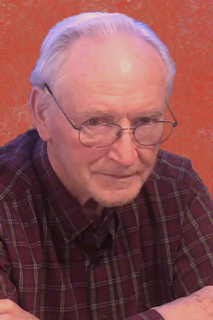 Robbins, North Carolina. Carl Raymond Williams, age 78, passed away from this life on April 30, 2022, after an extended illness.

He was a Ham Radio enthusiast, and an Air Force Veteran.  Finishing his IBM career in Raleigh, after working there for 43 years, Carl retired to Moore County and built his own home.  As an enthusiastic hobbyist, he loved all the challenges of being a small plane pilot, a gunsmith, a movie buff, a model train geek, a scuba diver and a well read and deeply involved Bible enthusiast.

Early in their married life, the young adventurers rode a motorcycle most weekends and enjoyed time together exploring.  Later, flying was a passion, and Carl purchased a small plane.  He used this to fly on IBM business trips and for pleasure, to the beaches, to Florida or wherever.  That plane was his joy and another learning experience.   In Robbins, Carl decided to pick up his high school hobby and re-acquire his old Ham Radio license and number.  He became deeply involved in the Ham Radio group in Carthage.

Education was an important life long quest for Carl.  He graduated from High Point High School, joined the Air Force and took USAF Training Classes.  Upon joining IBM, he had the benefit of multiple college level classes during all the time he served there.  During his years in Boca Raton, Florida, he attended and graduated from Barry University with a BS degree.  In Robbins, after retirement, he received his AA degree from Montgomery Community College.  He was also a self-educator.  Books of all types interested him.  The many bookcases were filled and read.  Every hobby and all aspects of it were deeply studied and explored.  He could speak on almost any subject.

A Celebration of Life will be held at Phillips Funeral Home Chapel in Star, NC on Tuesday, May 3, 2022 at 11:00 am.  Burial will follow at Union Grove Baptist Church Cemetery.

In note of Carl's love of animals, send any memorials or donations to the Moore County Humane Society at PO Box 203, Southern Pines, NC 28388 or go to their website at www.moorehumane.org and click on "Donate".

The Williams family is being served by Phillips Funeral Home in Star.

To order memorial trees or send flowers to the family in memory of Carl Raymond Williams, please visit our flower store.