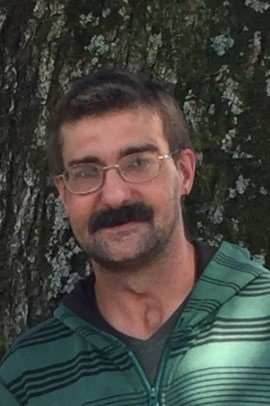 Michael Lee Lucas, Jr, aged 42, passed away the week of May 24 at his home in Franklinton, North Carolina. Michael was born at Fort Polk, Louisiana, but was raised in Star, graduating from East Montgomery High. He was preceded in death by his adoptive mother, Betty Jean Thomas, his stepfather, Raymond Thomas, and his grandfather, Roy Lee Lucas. He is survived by his biological father, Michael Lee Lucas, Sr. (Shareen); his sister, Elizabeth Lucas Watson (Martin); his brothers, Mark Lucas (Yvonne), Tom Lucas (Emily), Timothy Lucas and Zachary Lucas; as well as various nieces and nephews. He is also survived by his biological mother, Virgina Prevatte Price (Danny), his sisters, Amanda and Kimberly as well as his brother, Lewis. A memorial service will be held at Phillips Funeral Home in Star, NC, at 2:30 PM on Saturday, June 12, 2021, with the Rev. Kay Boone officiating. A reception will follow in the Fellowship Hall at Star United Methodist Church. His remains will be interned privately at Leach Cemetery in Star. In lieu of flowers, please make a donation to your local animal shelter. Online condolences may be left at www.phillipsfh.com. The Lucas family is being served by Phillips Funeral Home in Star.
To order memorial trees or send flowers to the family in memory of Michael Lee Lucas, Jr., please visit our flower store.