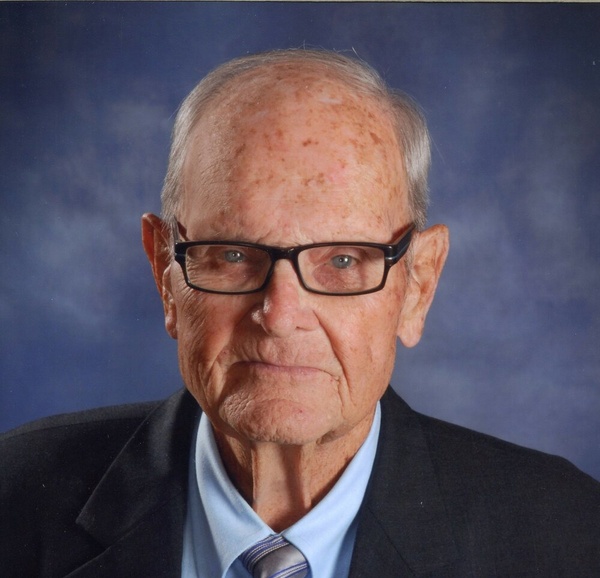 Eagle Springs- Mr. Paul A. Monroe, 91, of Eagle Springs (formerly of Hartsville, SC), passed away peacefully on Wednesday, October 20th, 2021, at his home surrounded by family.     A native of the Eagle Springs community, Paul was born on March 10th, 1930, the youngest of three children to the late Allen and Mary Darr Monroe. Upon his graduation from West End High School in 1948, he went to work for Carolina Power & Light, a 41-year career that would carry him from Southern Pines to Wilmington to Hartsville, SC, interrupted only by 16 months and 1 day of service to his country in the United States Army during the Korean War. After returning home from the war, Paul relocated with CP&L to Wilmington, where he soon met Frances Butler; the two were later married on June 3rd, 1956, in Parkersburg, NC. Paul and Frances went on to build a family and a life for themselves in Hartsville, SC, a town he would call home for 50 years.    While in Hartsville, Paul and Frances were active in the Southern Methodist Church, the Masons and the Eastern Star, a local horseback trail riding club, and enjoyed many bus tours around the country. Upon his retirement from CP&L in 1991, Paul became increasingly involved in the youth camp ministry of the Southern Methodist Conference. Paul and Frances enjoyed woodworking, gardening, entertaining friends, spending time with family and grandchildren especially, and were firm believers that where two or more were gathered, a meal should be served – chicken bog, Brunswick stew, and chicken & dumplings were among many of their regular dishes. Soon after Frances’ passing in 2002, Paul returned to the family homeplace in Eagle Springs and endeared himself once more to those who mattered most to him: his family; his church; and his community. He was a member of the Masonic Lodge #437 and has Masonic graveside rites. Paul was a man of gentle and steadfast faith.   In addition to his beloved wife of 46 years and his parents, Paul was preceded in death by his sister, Frances Monroe Kelly and brother, James Monroe.   Mr. Paul is survived by his children: Pamela Monroe and husband, James Garand; Michael Monroe; and Jo Monroe; grandchildren: Kate (George) Holmes; Brian and Carson Garand; Christopher, Andrew, and Alexandria Monroe; Alliana and Chet Herndon; great-grandchildren, Russell and Lucy Frances Holmes; sisters-in-law: Faye Lewis, Peggy (Milton) Norris, Jean Kimball (predeceased by her twin sister, Janice Rich), Sylvia Carter, Edna (Mickey) Morris and brother-in-law: John ‘Buddy’ Butler; beloved nieces and nephews with whom he shared tender affection and occasionally irreverent humor; and a host of family and friends whom he loved dearly, including children of his heart: Lisa Hickman, Becky Kennedy, and Kenneth Sheffield. The family wishes to express their sincere gratitude to Jessie Dowd, Thelma Bowden, Torrie Cowan, Stacy Harrington, and Mae Pollard for their devoted and tender care to Mr. Paul in recent years, as well as the dedicated staff at First Health Hospice & Palliative Care.    The family will receive friends at Bensalem Evangelical Presbyterian Church in the fellowship hall on Saturday, October 23rd from 6-8 pm. Funeral services will be held at 3:00 pm on Sunday, October 24th at Bensalem Evangelical Presbyterian Church with the Rev. Matt Cosner officiating and burial to follow in the church cemetery. In true Paul Monroe fashion, the family welcomes everyone to a time of food and fellowship in the church fellowship hall after the burial.    For those wishing to send flowers, Mr. Paul would instead encourage you to visit your local feed & seed and try your hand at gardening and perhaps even canning. Memorials may be made to North Moore High School (PO Box 9, Robbins, NC 27325) for the Mary Darr Monroe Scholarship Fund, a scholarship that Paul established in memory of his beloved mother, benefiting students in northern Moore County; or ALSAC/St. Jude Children’s Research Hospital (501 St. Jude Place, Memphis, TN 38105), as their mission was near and dear to Paul’s heart.

The Monroe family is being served by Phillips Funeral Home in Star.

To order memorial trees or send flowers to the family in memory of Paul Alexander Monroe, please visit our flower store.