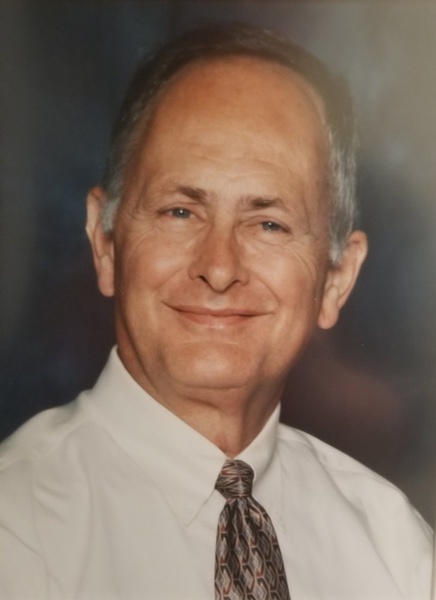 Southern Pines - The Reverend Joseph Wayne Forbes, Sr., went to be with our Lord and Savior on March 10, 2021. Born in Memphis, Tennessee to Nancy Turnage Forbes and Casey Hendrix Forbes, Joe served in the United States Navy after graduation from high school. It was during this time that he met the love of his life, Patricia Christmas Forbes. After leaving the Navy, the couple settled in Arkansas, where Joe attended the University of Arkansas, graduating with a degree in music education and history. Not long after, Joe received his true calling to serve as a minister of our Lord. Relocating to Oxford, North Carolina with his young family, Joe entered the seminary and received a Masters in Divinity from Duke University thus beginning his ministerial life of service in the United Methodist Church. Throughout 33 years, Joe exemplified the epitome of love and devotion to those in so many churches throughout the Eastern Conference of North Carolina. He was the ultimate listener, never met a stranger, and was an extraordinary example of Christian devotion and selflessness. With a ready smile, he always wanted to know how YOU were doing. Loved by so many, he led by example, showing us all what it is to be a truly good man. His loss will be keenly felt, but all are comforted by the knowledge that this humble servant and faithful man has returned home. Joe is survived by his wife of over 61 years, Patricia; daughter, Elaine (Michael Marshall); sons, Joseph Jr. (Suzanne), and Jeffrey (Sherry), as well as eight dearly loved grandchildren, Calyn (Javier Gonzalez), Malia, Julia (Ben Mayes), Jared, Logan, Casey, Brady, and Lane, along with many nieces and nephews. He was preceded in death by his parents, as well as by his brothers, Casey Hendrix Forbes Jr. and Dale Forbes. The family will receive friends prior to the funeral service from 10:00 – 10:45 a.m., Saturday, March 13, at Smyrna UMC Family Life Center, 203 Smyrna Church Road, Robbins, NC 27325. The funeral service will begin at 11:00 a.m., Saturday, March 13, at Smyrna UMC Family Life Center. Interment will be at 2:30 p.m., Tuesday, March 16, at Oak Grove Memorial Garden in Durham. In lieu of flowers, donations may be made to the Methodist Home for Children in Raleigh (mhfc.org) or FirstHealth Hospice-Moore County, NC (www.firsthealth.org/foundation-of-firsthealth/make-a-donation). Online condolences may be left at www.phillipsfh.com. The Forbes family is being served by Phillips Funeral Home in Star.
To order memorial trees or send flowers to the family in memory of Reverend Joseph Wayne Forbes, Sr., please visit our flower store.