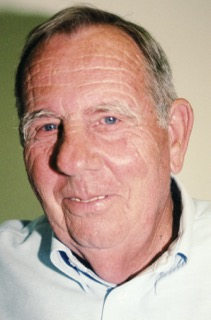 Richard Javalanta Freeman, 85, of Star, died peacefully in his home surrounded by family on March 23, 2019.

The family will receive friends from 6 – 8 p.m., Friday, March 29, at Phillips Funeral Home in Star, NC. A funeral service will be held at 11 a.m., Saturday, March 30 at Star United Methodist Church with the Rev. Kay Boone officiating. Interment will follow in Leach Cemetery with militiary honors provided by Randolph County Honor Guard.

Richard was born on September 1, 1933 in Moore County, Hemp Township, North Carolina to Shelton Roby Freeman and Beaulah Maie Owen Freeman. Richard spent his youth working on the family farm, attending church, and attending school in Star where he graduated in 1952.

In 1954 Richard married Myrtle Brewer. Their first house was in Scotland Neck, NC. There they established a home with love where everyone was always welcome. This inclusiveness would always be a hallmark of the Freeman home.

Richard was preceded in death by his loving wife of 63 years, Myrtle Brewer Freeman; his parents; and his brother, Robert Freeman,

Richard earned his Bachelor's degree and Master's degree from North Carolina State University. While at NC State, he was a member of ROTC and Farmhouse Fraternity. Upon graduation Richard joined the U.S. Army Reserve, retiring after 30 years of service with the rank of Command Sergeant Major. Beyond his family, Richard's lifelong love was working with youth of our state. He enjoyed a long and distinguished career of 38 years with the North Carolina Cooperative Extension Service working in Halifax, Randolph, and Guilford counties as an Extension Agent, 4-H. He particularly loved watching youth grow and develop into outstanding citizens and leaders, and he enjoyed the camaraderie and life-long friendships with other 4-H agents across the state and the nation. The inclusiveness that was such a strong part of the Freeman home was also paramount in Richard's professional and civic endeavors. Richard was active in the Optimist Club in both Randolph and Guilford counties. He was a Sunday School teacher and participated in Toastmasters. After retiring from Extension, Richard remained a passionate volunteer and supporter of 4-H, raising funds, mentoring young agents, and volunteering countless hours in support of 4-H programs and the 4-H summer camps.

Both the 4-H community in NC and the larger community of 4-H across the nation have been inspired by Richard's leadership and dedication. He organized the first North Carolina affiliate of the National Association of Extension 4-H Agents (NAE4-HA) and served as the first president of the NCAE4-HA. Richard was National Treasurer of NAE4-HA in 1992 and served in many other leadership roles in both the North Carolina and National 4-H Agent Associations. Richard was inducted into the NC 4-H Hall of Fame in 2010. Richard is a 2019 National 4-H Hall of Fame Nominee and will receive the North Carolina 4-H Lifetime Achievement Award in April.

Richard enjoyed his farming heritage, antique farm equipment and implements, and spent his retirement on his family farm along with his wife, Myrtle. Richard and Myrtle were avid gardeners and often shared many varieties of heirloom fruits and vegetables with friends and family. He was also a dedicated genealogist, diligently tracing branches of his family tree with meticulous care, and coordinated many yearly family reunions.

To order memorial trees or send flowers to the family in memory of Richard Javalanta Freeman, please visit our flower store.