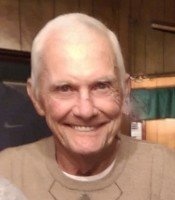 Funeral services will be held at 2:00 pm Sunday, January 10, 2016, at Flint Hill Christian Church in Biscoe with the Rev. Don McCaskill and the Rev. Jamie Sink officiating. Burial to follow in Biscoe Cemetery.

The family will receive friends the evening before, Saturday, from 4:00 pm - 6:00 pm at Phillips Funeral Home, 216 South Main Street, Star.

Richard was born on June 17, 1942 in Montgomery County to the late Floyd A. and Flora Mae Lewis Jackson. He was a 1960 graduate of Biscoe High School and attended NC State University. He worked much of his life as an industrial engineer in the textile industry and later in life was the owner of Jackson Monuments.

In addition to his parents, Richard was preceded in death by his brother, Sammy Jackson.

To order memorial trees or send flowers to the family in memory of Richard Larry Jackson, please visit our flower store.