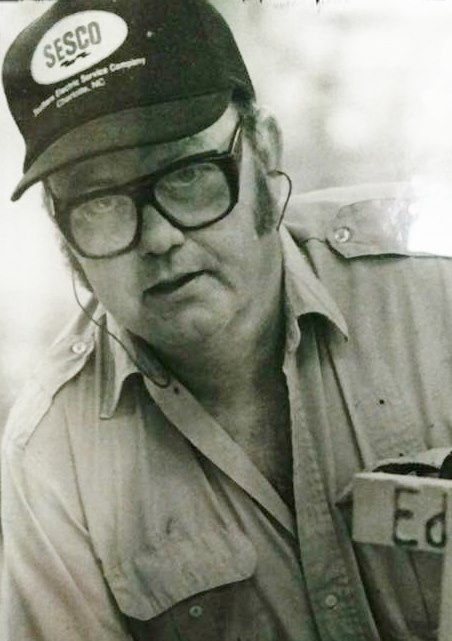 Star - It is with great sadness and happiness that the family of Robert Edsel "Ed" Brower announces his passing after a battle with diabetes, cancer, and Alzheimers on October 19, 2018, at the age of 79 years. Ed succumbed to his illnesses in the comfort of his home surrounded in love by his family and he is finally home with his Heavenly Father.

In addition to his parents, he was preceded in death by his sister, Shelby Tutterow, and his brother, Gary "Tip" Brower.

Ed was born on May 8, 1939, in Moore County to Robert and Alsie Williamson Brower. He worked at Springs Mill Aileen Plant until his retirement.

The family will receive friends and family prior to the service from 4:00 - 4:45 PM, Sunday, October 21, 2018, at Pine Grove Baptist Church. The funeral service will begin at 5:00 PM with the Rev. Billy Reynolds and Rev. Patrick Robinson officiating. Interment will follow in his family's plot in the cemetery. The family will meet in the fellowship hall following the services.

To those who wish to show expression of sympathy can make a donation in honor of Ed for burial expenses to Renee' Brooks, 1714 Joel Road, Carthage, NC 28327.

The entire family would like to thank all the friends and family who supported Ed during his battle. Renee', Marion, and Sheena would especially like to thank by showing our appreciation and our love to our sister, Tonya. She helped without hesitation and with great love each and every time she was called upon as a loving daughter/caregiver who helped support our mommy the most with daddy's care during this difficult time.

We have one thought that keeps returning about our father---"Never will you meet a man who more faithfully lived for his family".

To order memorial trees or send flowers to the family in memory of Robert Edsel "Ed" Brower, please visit our flower store.