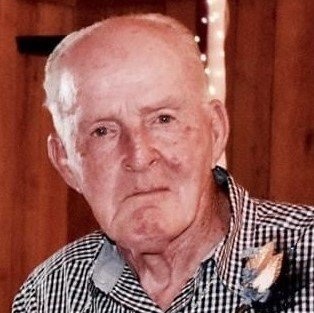 Star - Ronald Joseph "Ronnie" Sullivan, age 82, passed away Tuesday, November 17, 2020, at his home. Mr. Sullivan was born in Cambridge, Massachusetts on January 28, 1938 to Edward Daniel and Dorothy O'Connor Sullivan. He was retired from Renfro as a supervisor, was a veteran of the US Army, and served as a volunteer fireman for the Star VFD. In addition to his parents, he was preceded in death by his wife, Jean Thompson Sullivan. He is survived by his daughters, Rhonda Winters and husband, Marlon of Trinity and Donna Sullivan of Star; sons, Dan Sullivan and wife, Lucinda of Raleigh and Ron Sullivan of Star; brother, Richie Sullivan of Medford, MA; grandchildren, Tim Massey, Adrianne Massey, Drew Challie, and Harrison Sullivan, Hayley Jones, and Trey Sullivan; and six great-grandchildren. His body will lie in repose from 1:00 – 5:00 p.m., Friday, November 20, at Phillips Funeral Home. A graveside service will be held at 11:00 a.m., Saturday, November 21, at Leach Cemetery with Hayley S. Jones and Rev. Jay Minnick officiating. Military honors will be provided by the NC National Guard/US Army Reserve. In lieu of flowers, memorials may be made to Star VFD, PO Box 97, Star, NC 27356, Liberty Hospice, 300 W. Pennsylvania Avenue, Southern Pines, NC 28387, or American Cancer Society, Atten: Montgomery County Relay for Life, 1901 Brunswick Avenue, Suite #100, Charlotte, NC 28207. Online condolences may be left at www.phillipsfh.com. The Sullivan family is being served by Phillips Funeral Home in Star.
To order memorial trees or send flowers to the family in memory of Ronald Joseph "Ronnie" Sullivan, please visit our flower store.