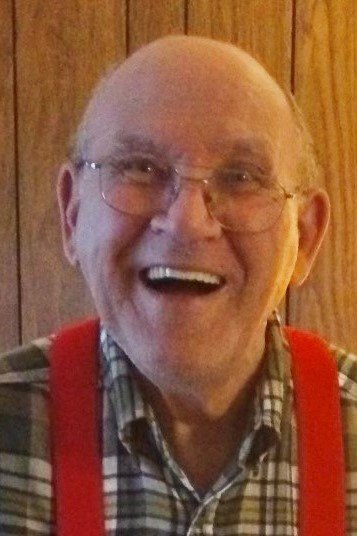 Biscoe - Ronnie Goodwin, age 89, passed away Sunday, January 10, 2021, at Autumn Care Nursing & Rehabilitation in Biscoe. Mr. Goodwin was born in Anson County on October 27, 1931, to Glenn and Lula Mae Tucker Goodwin. He served in the US Army during the Korean War and was a retired supervisor with Springs Aileen Plant Inc. In addition to his parents, he was preceded in death by his wife of 64 years, Bonnie Stewart Goodwin and brothers, Don Goodwin, Freddy Goodwin, and Ed Goodwin. He is survived by his sons, Rodney Goodwin and wife, Cindi, of Biscoe and Ricky Goodwin and wife, Toni, of Biscoe; sisters, Martha Overton of Robbins, Pat Bates of Robbins, and Dorothy Smith and husband, Roy Lee, of Candor; brother, Bernie Goodwin and wife, Ruby, of Biscoe; three grandchildren, Christopher, Erin, and Carlie-Paige Goodwin; and two great-grandchildren, Darrick and Austin Caddell. Mr. Goodwin's body will lie in repose from 2:00 - 6:00 p.m., Tuesday, January 12, at Phillips Funeral Home. A graveside service will be held at 2:00 p.m., Wednesday, January 13, at Biscoe Cemetery with the Rev. Terry Smith officiating. Military honors will be provided by the NC National Guard. Online condolences may be left at www.phillipsfh.com. The Goodwin family is being served by Phillips Funeral Home in Star.
To order memorial trees or send flowers to the family in memory of Ronnie Goodwin, please visit our flower store.