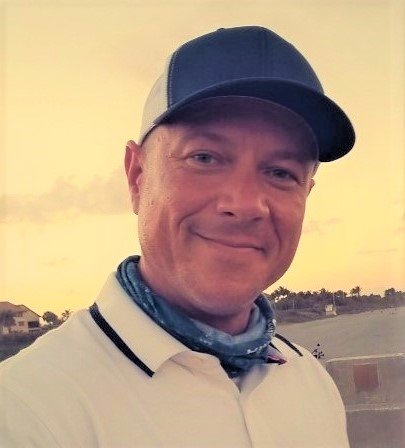 On Thursday, May 20, 2021, following a long earthly journey, Silas Harrison Russell, III came to the edge of a Golden Shore. As he tarried there, wondering how he would traverse the calm and deep waters, a cosmic Heavenly hand took his, and he crossed over to join the singers on the other side. He was 42 years old. Silas was born in Montgomery County on January 2, 1979 to Harry and Ruth Russell, and except for living brief periods in exotic locales, he called Star, Montgomery County, North Carolina home. Indeed, from the time Silas learned to walk his boyhood days were full of adventure, and if all of it were to be written down, would make an interestingly absorbing biography. On the brightest days and darkest nights, Silas always carried with him a jovial vein of humor that could cheer the unhappiest soul. He never met a stranger, and everyone was his friend. Silas was a 1997 graduate of East Montgomery High School and his academic interests and school spirit were always enthusiastic; he was a great inspiration to many of his peers as well as members of the faculty. Silas had many favorite pastimes, among them cooking, fishing, and weightlifting, but his most cherished activity was spending as much time as possible with his niece and nephews. Silas never missed a ballgame or an evening assembling a LEGO alligator. He was there when there were chickens or cats to be looked after, and the thrill of hunting snakes on the farm was never to be neglected. At the time of his death, he was employed in construction and was making a fine career for himself. Silas’s eternal passing has been a great shock to the Star and Montgomery County community, and he will be greatly and dearly missed by all. Silas was preceded in death by his beloved grandparents, Silas and Dusty Russell; and Hardin and Edith Cockman. He is survived by his loving parents, Harry and Ruth Russell, of the home; devoted brothers, Aaron Russell and wife, Candy and Brandon Russell and wife, Kasi, all of Star; niece, Athena; and nephews, Cameron, Kingsley, and Atticus. Silas will lie in repose from 1:00 – 3:00 p.m. Wednesday, May 26, at Phillips Funeral Home. A graveside service will be held at 4:00 p.m. Wednesday, May 26, at Leach Cemetery with Billy Dunn officiating. In lieu of flowers, memorials may be made to Flint hill Christian Church, c/o Delano Williams, 376 Foster Road, Biscoe, NC 27209. Online condolences may be left at www.phillipsfh.com. The Russell Family is being served by Phillips Funeral Home in Star.
To order memorial trees or send flowers to the family in memory of Silas Harrison Russell, III, please visit our flower store.