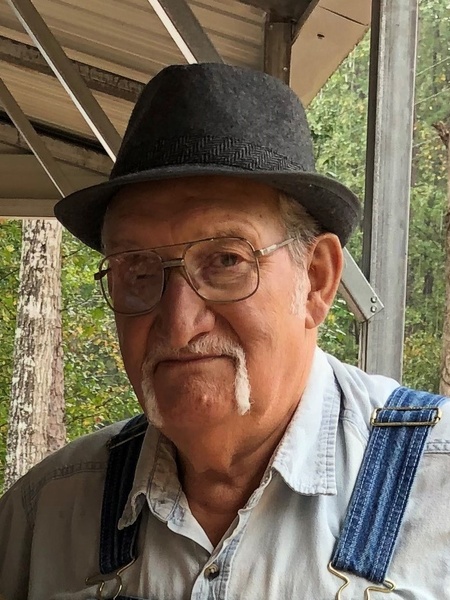 Star - Vincen Dewey King, age 80, passed away Sunday, January 24, 2021, at his residence. Vincen was born in Randolph County on July 25, 1940, to William Dewey King and Mary Elizabeth Kennedy. He was a member of Shady Grove Christian Church, where he served as a deacon and was a former frame shop employee. He loved God, his church, and most of all his family. In addition to his parents, he was preceded in death by his son-in-law, Kelly Wade Pasour; great-grandson, Marty Kale Singleton; brothers, Donald, Ronald, and William Lloyd King; sister, Margaret Roberts; and stepfather, Joe Cagle. He is survived by his wife, Judy Carol Allen King, of the home; daughter, Donna Pasour of Star; sisters, Vera Joyce of Ether, Brenda Cagle of Ether, and Bonnie Kivett (Roger) of Asheboro; brother, Earl Cagle of Seagrove; granddaughters, Deann Singleton (Marty) of Star, Kelly Coalson (Kenneth) of Star; great-granddaughter, Abagayle Singleton; great-grandsons, Xander Singleton and Chastin Coalson Graveside services will be held at 1:00 p.m., Sunday, January 31, at Shady Grove Christian Church Cemetery with the Rev. Jeff Freeman and Rev. Mark Medlin officiating. Online condolences may be left at www.phillipsfh.com. The family is being served by Phillips Funeral Home in Star.
To order memorial trees or send flowers to the family in memory of Vincen Dewey King, please visit our flower store.